Last night Strossle was awarded “Best Native Advertising Platform” at the prestigious Digiday Media Awards in London. Digiday, referred to by Forbes Magazine as one of its "12 Must-Know Media Sites" in the world, hosted a gala at “The Brewery”, where awards were given in 30 categories. 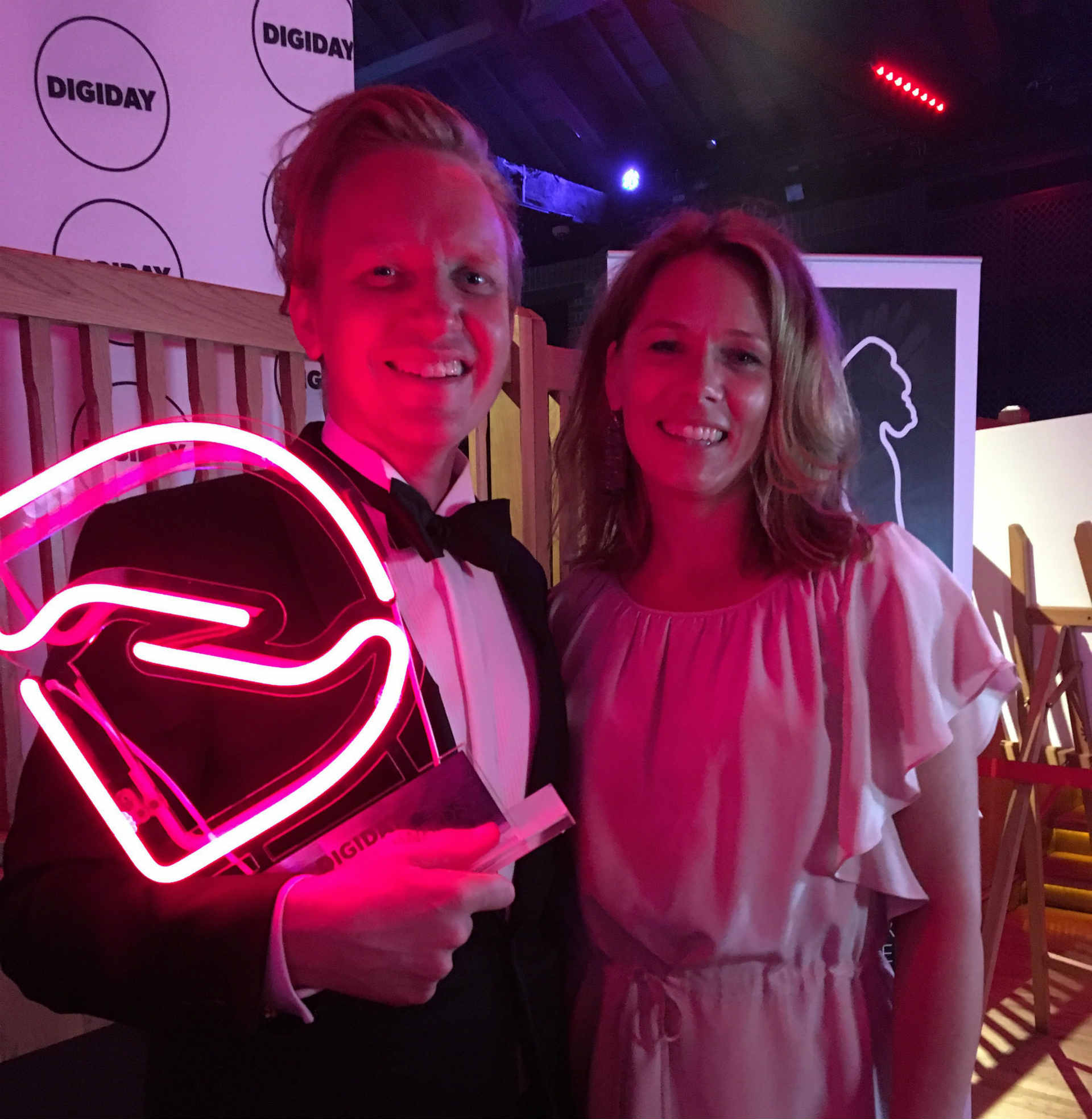 Strossle’s Head of Marketing Leo Heijbel was there to pick up the prize together with Anna Holmquist, MD of Strossle Sweden. Leo says:

The nomination included a case study together with Zoznam, the largest pure online media in Slovakia, with 16 magazines and news sites. Zoznam started using the Strossle in 2017 to increase traffic and engagement, and the numbers they achieved were astonishing. Strossle’s traffic outperformed Facebook traffic in 95% of the cases, and Google organic in 60%. But even more remarkable: Accelerator traffic beat direct traffic in 65% of the cases.

“We’d like to thank Martin Mác, CEO of Zoznam and Filip Kuna, MD of Strossle Slovakia, for making this happen. We are very proud to share the stage tonight with other Digiday Award winners such as The Times, VG, Wall Street Journal, National Geographic, Spotify and Siemens”.

Are you interested in native advertising? Then we can recommend this short guide:

6 Articles You Might Like
Why Engagement is More Important Than Reach for Publishers in 2019
Dan Willstrand
Top 10 Blog Posts in 2018
Leo Heijbel
How Publishers Can Increase The Reach of Their Native Campaigns
Dan Willstrand
The ‘Friendly’ Platform That Hired PR Experts to Smear its Critics.
Dan Willstrand
Trust Yourselves: Traffic From Other Publishers Is Much Better Than Search And Social
Dan Willstrand
“We Put The Least Read Articles Behind The Paywall-and Yes, it Was a Mistake”Confessions of a Chief Digital Officer
Dan Willstrand
“The Most Urgent Challenge for Newspapers Comes from Google and Facebook.”
Anna Holmquist
Video or Text Journalism - Do We Need Regulations?
Dan Willstrand
Context - The Green Data
Leo Heijbel
Are You Looking to Monetize Your Site Better? Get Inspired by Game Developers!
Filip Kuna
How to Stay Relevant When Personal Data is Not an Option
Dan Willstrand
Privacy by Design
Leo Heijbel
Här är 2017 års bästa Native-annonser
Dan Willstrand
My Organic Traffic is Decreasing - Help Me!
Magnus Hultman
#metoo would not have had the same impact without the social platforms.
Dan Willstrand
Infographic - Surviving the Platforms
Leo Heijbel