The internet today has turned into a giant version of Times Square, where companies and brands are in our face, desperately trying to grab our attention—but it’s time to pull the plug. I mean, really... who actually likes the constant interruption of flashy pop-ups, and annoying advertising we run into EVERYWHERE online today. 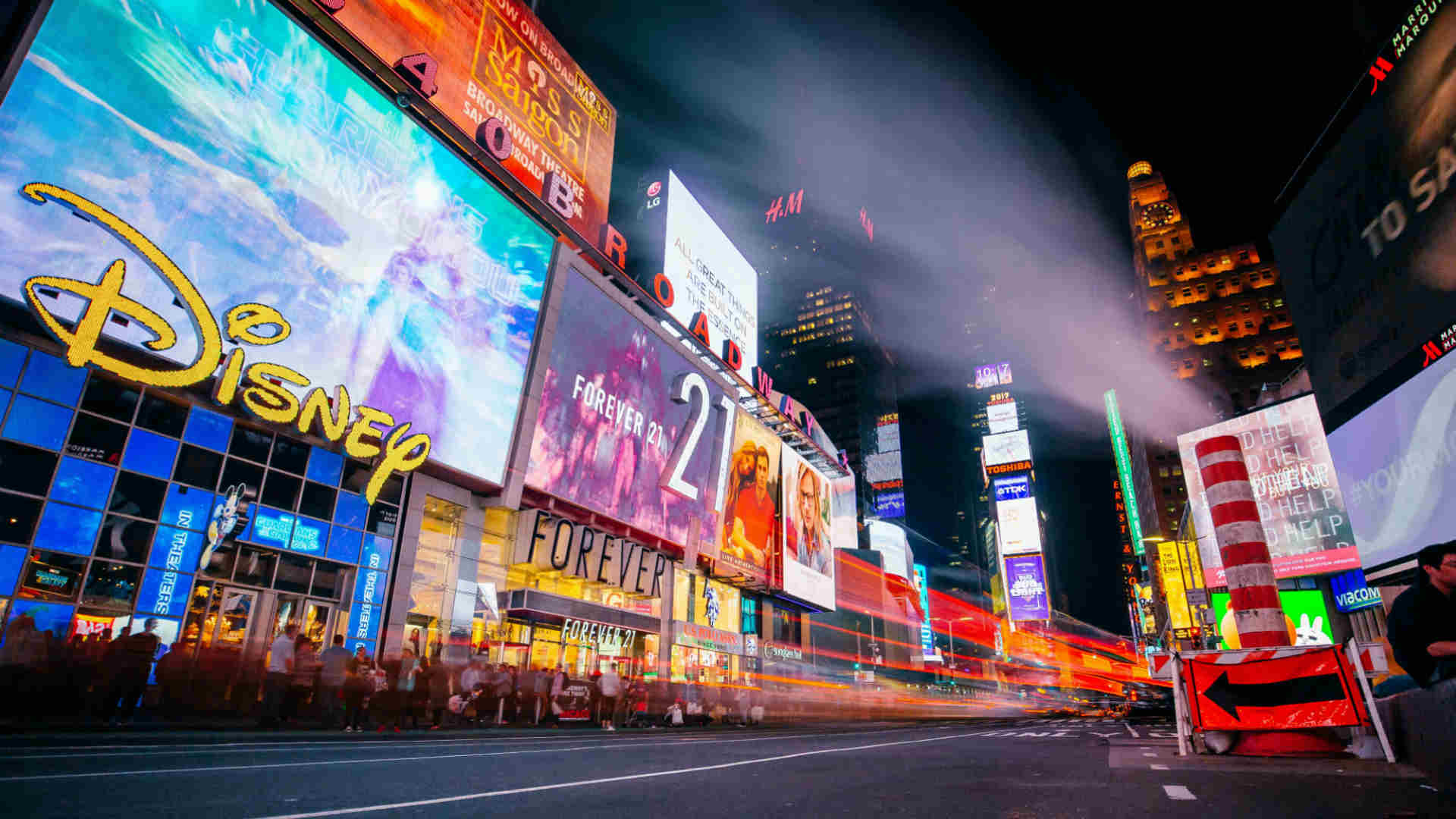 I believe in a digital climate where advertising is fun, engaging, transparent and, of course, delivers results. It’s time for marketeers to adapt and change their communication strategies for a sustainable digital future. To be heard in today’s digital world, we can’t simply scream out our messages anymore.

This post will delve into three aspects that believe we have gotten completely wrong in the media industry. Three things that have caused this toxic digital atmosphere.

The difference between digitization and digitalization should be clear; however, many industries tend to misunderstand it completely. Digitization is when you copy something offline—the same product, the same behavior, the same way of thinking—and just apply it to the online world. For example, you could say that the music industry was digitized when music labels and other companies realized that they needed to be able to sell physical CDs on the Internet. What they didn’t understand was that the Internet had changed the way audiences wanted to consume music. We no longer wanted to purchase discs or listen to set albums, instead we wanted the freedom and flexibility to pick and choose songs we enjoy in order to create our own playlists. We didn’t want stacks of physical CDs, with the convenience of being able to store our entire music collection digitally on various devices that we could bring with us on the go. Napster, as a revolution against the lack of innovation in the music industry, was the first to truly start the digitalization process—albeit illegally through their music-sharing service. Later, iTunes and Spotify digitalized the music industry in a more ethical and sustainable way.

Why am I telling you about this? It’s because if there’s one industry today that has been digitized but not digitalized, it’s the media industry. We’ve transferred the same formats, the same KPIs, the same ways of thinking from our offline days to the current online environment. It’s time to change, adapt and create a sustainable future for publishers, advertisers and internet users.

There’s a revolution going on in the media industry—and it’s called adblock. Adblock is to the media industry what Napster was for the music industry; the first rumblings of an impending disruption, a warning to innovate or die. When I look at the situation unfolding with adblock, it’s quite obvious that digital advertising today is so bad that our audiences are actively choosing to install an adblocker to remove it from their online experience. Over 45% of the Nordic population has an adblocker installed. But that’s not even the most important statistic. What is even more important to note is that over 70% of those who have adblockers installed are under 35 years old. That means that it’s currently almost impossible to reach a younger demographic with traditional formats. We in the media industry need to adapt and change instead of shutting our eyes to this growing revolution. Ask yourself this: is this the way you’d personally like to be treated digitally? Consider it from your own personal experience, not just through the lens of budgets and sales. If we continue to push and scream our messages like this, the pace of change will only become more rapid as more and more people block it out. It is only a matter of time before it strangles the whole media industry and forces change.

The four-letter acronym GDPR is enough to makes even the strongest stomachs weak— it’s almost like an allergic reaction, I know. But I believe we have completely misunderstood what GDPR is about and the bigger picture. It’s not like GDPR was going to change things overnight when it came into effect on the 25th of May. But it will change things; it’s just a matter of time. Just think about it. We’ve been using data to capitalize on the lack of digital competence among internet users. I mean, who really likes being followed around online, retargeted ads showing up wherever you browse once you’ve visited an e-commerce site. Even though these regulations won’t change things in the industry, and even if the industry itself won't take action, the power that drives this change will ultimately come from the users. However, there is a solution that puts us on the right side of this inevitable change. You need to earn the data you want to capitalize on. No one questions Netflix for saving and using our data to provide a better user experience. If we can become more transparent and engaging—and stop being so damn annoying—and if we can prove that we can provide users with a better digital climate by having better formats and better advertising, then our audience will happily allow us to use and save their data for their benefit.

Marketing is just like dating. No date is successful if you only talk about yourself and only think from your own perspective. You can’t focus solely on direct conversions. You need to wine and dine, engage with your date and make them like you. Then, after a few dinners and dates, and once the timing is right, then you can pop the question. Many marketers think, “but our retargeted ads convert and bring us results!” Yes, that might be true. If you directly ask a thousand people to convert, one will eventually (and reluctantly) agree, but the other 999 potential dates will hate you for even asking. That’s not a good way to initiate a relationship of any kind.

So, the conclusion of this short post is that we need to actively change before we are forced to. We need to start thinking from the outside in instead of from the inside out. We need to innovate, adapt, and focus a lot more on engagement and transparency to create a better digital climate for all of us. A sustainable future that finally digitalizes the marketing industry. Content Marketing as a communication strategy is a damn good start.

Let’s start enriching the user experience instead of destroying it. Let’s make the digital marketing of tomorrow rule!

6 Articles You Might Like
5 Great places to find Free Photos (or Videos) for your digital campaign
Rickard Lawson
Transparency by Design!
Joakim Stenberg
What we've learned so far - marketing and growth during Covid-19
Strossle
A crisis is a terrible thing to waste
Strossle
Why your message matters - advertising in the time of Covid-19
Rickard Lawson
Cracking the code of future proof digital advertising
Rickard Lawson
Welcome to the future! Strossle’s predictions for 2020
Rickard Lawson
Nissan Case Study: How great Content helps drive success in Competitive Markets
Strossle
Content Marketing - What are you Really Measuring?
Malin Björck
Content that Builds your Brand
Dan Willstrand
Top 3 Reasons Your Campaign gets too Little Distribution
Malin Björck
5 Reasons your B2B Content is too Boring
Dan Willstrand
Too Much Focus on Conversion Will Hurt Your Brand
Dan Willstrand
Save Your Failing Campaign With These 4 Tips
Malin Björck
Dilemma: Native Ads or Your Own Website?
Dan Willstrand
Why We Love Engagement (and You Should Too)
Dan Willstrand